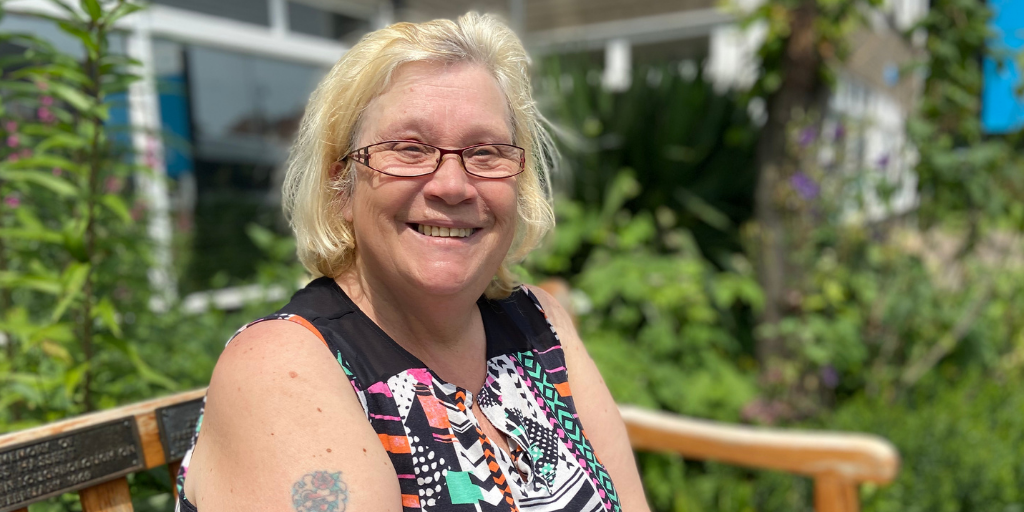 “When I first came to The Bridge last August, we had recently moved from Bristol to Loughborough. We signed the tenancy but nobody told me that I had to pay rent on it at that particular time and so I ended up with a lot of arrears.”

After being told there was a job waiting for her, Sue left her hometown and relocated… but the job didn’t materialise. The money she had barely covered her initial moving costs and she was left with nothing.

“I was referred to The Bridge for assistance with this and everyone was so helpful; both on Reception and my Housing Support Worker. They helped me no end with things like my debts and a Starter Pack including household items.

“They gave me two packs of food and I just cried. Sometimes it’s the little things.

“I had tried to go on Universal Credit but it’s a long process. I didn’t have any money from August until October. I didn’t know that everything was combined now, so I received less than I expected.

“I just didn’t know where I was going to be. It was awful and we just had no money.

“The Bridge supported me through this in order to help me maintain the tenancy, but also referred me to other agencies that could help, like the Citizens Advice Bureau and the Salvation Army, both of whom were so helpful. It wasn’t just rent arrears; it was water, TV license, phone bills. I was so confused.”

With The Bridge’s support, Sue was able to sustain that tenancy and avoid eviction.

“Since I’ve been up here, I’ve never met such a nice bunch of people. It’s beautiful: The Bridge, the people at the church, those who work at the food banks. If it wasn’t for everybody’s help, I don’t know where we would be now.

“Now, we can make plans for the future. We love it here and we aren’t going anywhere. We plan to do up the house and the garden.

“To others: just persevere. I am still struggling, but my bills are more stable and I’m able to balance everything else better.

“Get the help you need and you will come out on top in the end. It was hard to admit that I needed support, I was embarrassed. I had two jobs before I moved here, but everything fell through and I wasn’t prepared for it, but there is help out there.

“I still have my Support Worker to make sure I can maintain the tenancy but I can think positively about the future now.”