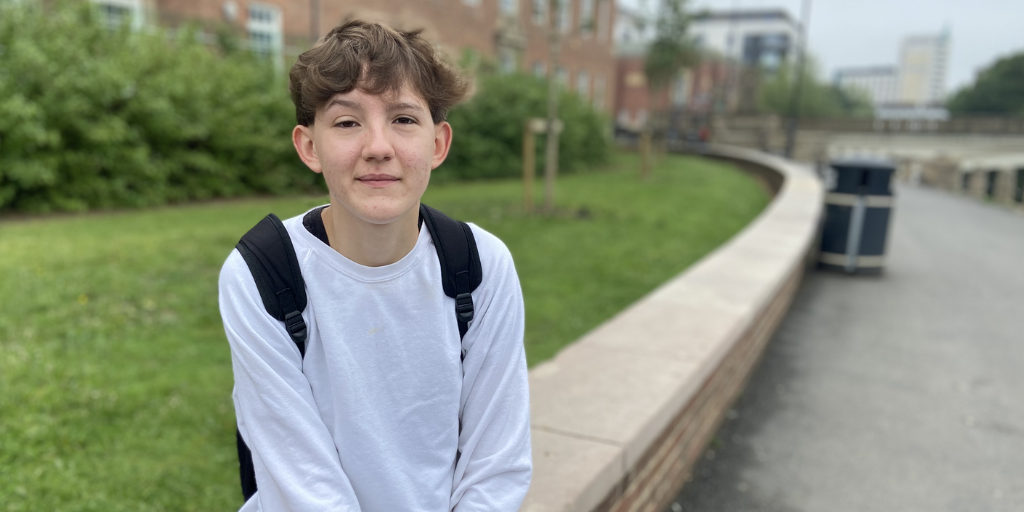 “I first contacted The Bridge because I was struggling at home with my mum; it was verbal, things she was calling me and saying to me. As time went on, it continued to escalate to threats.

“I had previously left home, but I had to return. It seemed difficult to get the help from different organisations at first because I was under 18 and couldn’t get a tenancy by myself.”

Shannon had also been offered family mediation, but her mum did not engage with it.

“Then, earlier this year, I went to The Bridge and the SAP team helped an awful lot; we started looking at housing options. We discussed shared accommodation, renting at flat when I turned 18 and then they supported me with registering at the Council.

“They helped me get a shared flat initially, which I put the deposit down for, but things got so bad at home that I had to leave sooner than I thought, so I moved in with my girlfriend instead. I just had to go.

“Being at home affected me mentally and physically. I was so underweight that I even had to visit dieticians and I went back on some medication for my mental health. My mum wouldn’t provide me with food, so I had to get my own; The Bridge supported me all round really, giving me food parcels sometimes.

“It was so bad that I’m still struggling with it now, but things are so much better. Whatever I was struggling with, I could go in and talk to my SAP worker.

“Living with my girlfriend, I can work the hours that I want and I feel a lot more free; my mum had used to tell me what hours I could do.”

Thinking about the future is now a positive thing for Shannon. She added:

“I’m even going to University in September to study Mental Health Nursing. That’s something I never even considered before. When I was at home, I had planned to drop out of college and didn’t really consider the future at all.

“My SAP Worker continued to support me even once I had moved out, like writing letters to Student Finance to prove estrangement from my parents. It’s those sort of things that have a lasting effect that people don’t think about. The SAP team are always there.

“My advice to anyone in a similar situation is to just keep going and find the support you need to get into a better situation. There is help out there.”