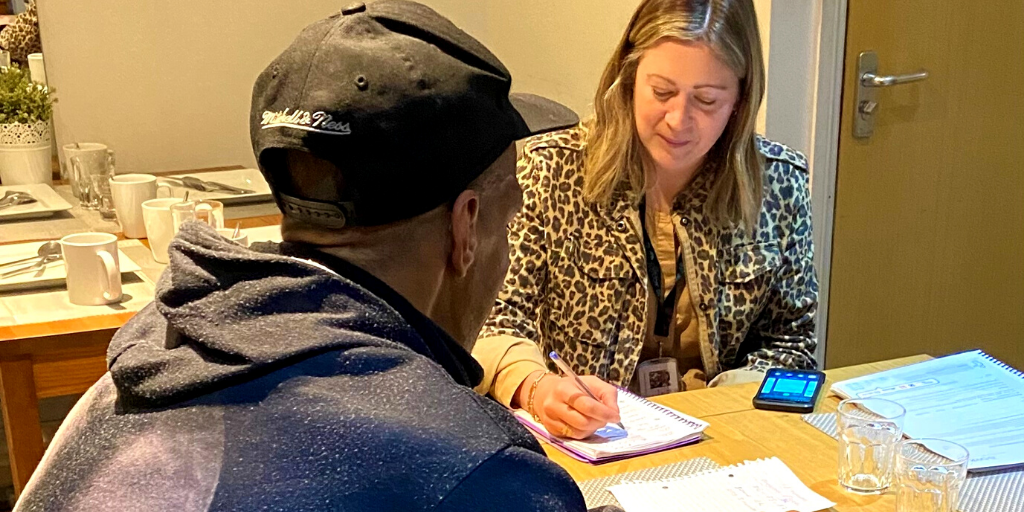 Determined to move forwards, Joseph has been engaging with the Homeless Offenders Service, after his Probation Officer referred him for support. However, his case was made complex as he fled a toxic relationship and having suffered violence.

“I was in a relationship but it was very toxic, and there were too many things going wrong. We were in accommodation together, but I just had to leave. I took the clothes on my back and left.

“I had nowhere to turn. I was facing homelessness and I ended up facing a lot of other trouble. Everything’s been emotional. But you can’t stay down forever and you have to make the most of the help you’ve got.”

Joseph suffered a series of traumatic events prior to and during his time with The Bridge, and his Support Workers have supported him through this; ensuring that other accommodation options were found after initial placements were deemed unsafe for his circumstances.

“My Support Workers were always on the end of the phone, to talk to. They’ve been there for loads of different things, really. They even got Primark vouchers because I couldn’t go back to my previous home to get my clothes.”

Despite the obstacles he has faced, Joseph has finished his finished his monitoring supervision with Probation and looks forward to finding stable employment as time goes on.

“The main thing is putting one foot in front of the other. I’ve been through a lot but there’s no point staying thinking about it, you have to move forwards.”

“In the future, I just look forward to settling somewhere and having my own flat, hopefully. It feels more achievable now with the support I’ve had.”

“I was a landscape gardener before, and I’d love to do that again in the future. I feel positive about that; I know I can do it and it will only be me that stands in the way. It’s hard work in landscape gardening, but I like seeing the project done from start to finish.

“If anyone else is in a similar situation, I would definitely recommend The Bridge. The biggest thing is getting out and getting the support that’s there; picking up the phone.”