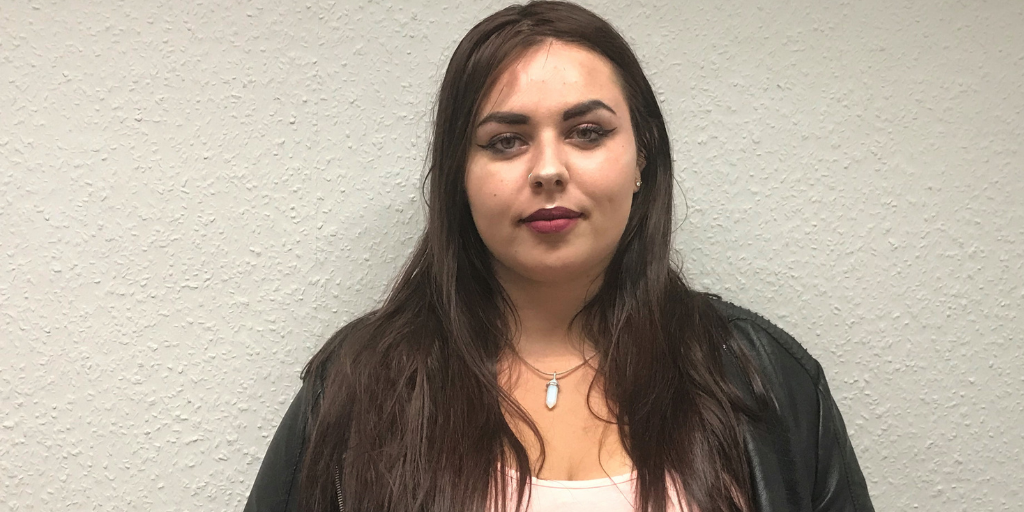 Jessica, now 18, first got in touch with our Single Access Point after she was asked to leave the family home.

“When I was 17, I was asked to leave the home I was living in with my parents because our relationship broke down. I was never speaking to them about anything and it had come to a point where I had given up; I couldn’t do it anymore.

“My brothers have autism, and obviously it’s difficult for anyone with autistic children; they have to go through quite a lot to make sure their education is in order and make sure they’ve got everything they need.

“With that, I obviously got pushed to the back because they were more important at the time.

“I was struggling with depression and anxiety and I was going through a lot of bullying, constantly. I felt low all the time and was self-harming at that point.

“We would argue because I felt that, at 17, I was at an age where I was more responsible for myself and I didn’t need to have to ask for anything: they obviously didn’t agree with that. I was always angry at everyone.”

Jessica’s first port of call was to visit The Bridge with her dad, to find out what support was available to avoid homelessness.

“My dad and I managed to sort somewhere out for me to stay temporarily, before SAP stepped in and helped.

“To begin with, we had some mediation with SAP to see where we were as a family and why we’d got to the position we were in. We also had to start filling out forms to find out where I could go temporarily. In the end I was accepted at Addullum House.

“With housing it’s a bit of a rollercoaster; I’ve just turned 18 and have only been put on a medium band housing priority for almost two months, so I’ve been at Addullum for longer than I was supposed to because they don’t physically want to see me on the street.”

Despite this, Jessica is feeling more confident about a brighter future. She has now been re-banded to high priority.

“Me and my parents are talking. Everything’s getting slowly better and I’m going round to see them more often.

“I’m going back to college next year to study childcare and will be getting my own flat soon, which will be a lot better for my mental health. I’m more stable now and that independence will be really good.

“I would recommend SAP to anyone who’s going through a similar situation, or worse. They’ve been brilliant and without them I would literally be out on the streets.

“I wouldn’t be where I am now or have had the experience I’ve gone through in order to make myself more independent; The Bridge have the best support I’ve had throughout the entire thing.”