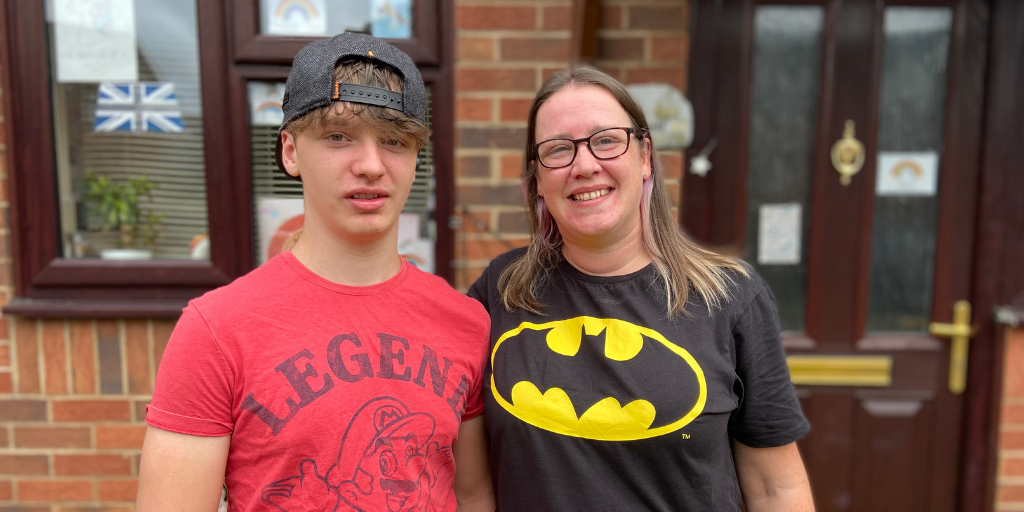 When Anna reached out to talk²sort Mediation, the relationship between herself and her son, Seb, had deteriorated. She said:

“When Seb turned 14, his hormones hit him like a truck: he went from a boy to a mini-man overnight. He’s always had some anger issues that were dealt with, but with teenage hormones it got a little out of control.

“He was heavily influenced by an undesirable crowd. That summer, we had an argument that resulted in him threatening me: that was an eye-opener. I didn’t know how to deal with it, but I knew it couldn’t go on.”

Anna, who works in child care, was signposted by a colleague to Early Help and undertook a parenting course.

“Parenting teenagers is so different to parenting young children. It’s a massive learning curve. Doing the course really helped me learn new skills and gain assurance. Being a single parent, you do sometimes lack confidence because you don’t have anyone to bounce off.

“When mediation was suggested, I was sceptical, especially as I knew Seb didn’t want to engage much. But, I wanted to give it a try because our relationship had really broken down.

“We used to do everything together and he was very open with me. I was keen to keep that, as I never had that with my parents… but it was gone.”

Seb had also received some more support from a form of Early Help, which had helped him break away from the bad influencers around him and make more positive choices. Anna continued:

“The skills and toolbox that I now have is invaluable. I’ve been using those skills that I’ve learnt and had re-affirmed without him even knowing.

“The way mediation challenged me to break down my thinking, delve into my thoughts and open my eyes has been amazing. I can approach things differently and think of new ways to deal with situations, learning to step back as Seb grows up.

“It helped my confidence immensely to know that I was doing things right, but sometimes there were little changes that needed to be made.

“Sometimes hearing my own words back to me really helped me understand what I was thinking and feeling, assessing how I was dealing with things.

“The journey has been stressful and there have been dark times. Sometimes you can’t see the light at the end of the tunnel, but you have to have faith and keep going, putting the work in. To have a supportive mediator there was really reassuring.

“It gives you that empowerment: nobody is perfect but you are doing ok. I feel like I’m able to do this on my own now. There have been situations recently that I have dealt with much better than I would have before.

“Thinking of the future, I’m hugely positive. I am more prepared and Seb is making better choices. Our relationship is so good now; it’s very different to the one we had prior, because he is now a young adult and I have to let go a bit, but it is better than I thought it would ever be again.

“To anybody else struggling, reach out for help. Never feel ashamed; if anything, you are stronger for accepting that you need some guidance.”